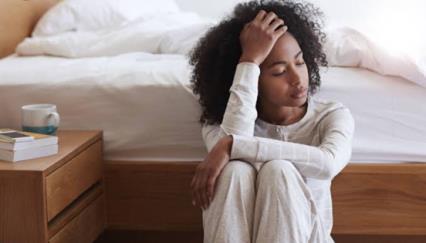 Endometriosis is an incurable but manageable gynaecological condition, it is one of those diseases that is rarely talked about. Infact, so many women living with it didn’t initially know what it was; some attributed the pain to their monthly periods.

Endometriosis has been linked to infertility, that is why we have curated a list of questions about the disease.

WHAT EXACTLY IS ENDOMETRIOSIS?

Endometriosis happens when the tissue normally found inside the uterus grows in other parts of the body.
It may attach to the ovaries, bowels, Fallopian tubes, the exterior of the uterus, or other internal parts.
As hormones change during the menstrual cycle, this tissue breaks down and may cause pain around the time of your period and long-term painful adhesions or scar tissue.

It is unknown why endometrial tissues grow outside of the uterus, but there are several theories.
A theory suggests that menstrual blood containing endometrial cells flows back through the fallopian tubes and into the pelvic cavity instead of out of the body and sticks to other organs there- this is referred to as retrograde menstruation.

Genetics also play a role, and some endometrial cells may be present from birth.

WHAT ARE THE SYMPTOMS?

Although some women with endometriosis have mild or no symptoms but the following are symptoms of the disease:

WHY IS THE DISEASE ASSOCIATED WITH SO MUCH PAIN?

When a woman with endometriosis has her period, she has bleeding not only from the cells and tissue inside the uterus, but can also have bleeding from the cells and tissue outside the uterus.When blood touches these other organs, especially inside the abdomen, it can cause inflammation and irritation, creating pain. Sometimes, scar tissue can also develop from the endometriosis which can also contribute to the pain

HOW DO I TELL IF IT IS ENDOMETRIOSIS OR JUST CRAMPS?

This may be a hard one to answer as most women have some mild pain with their menstrual periods and often get relief from over-the-counter pain medications.

However, if the pain lasts more than two days and keeps you from performing your normal daily activities, or remains after your period is over, you should consider seeing a doctor.

WILL HAVING ENDOMETRIOSIS STOP ME FROM GETTING PREGNANT?

Sometimes the first or only symptom of endometriosis could be difficulty in getting pregnant. Infertility affects about a third of women with the condition, for reasons that are not well understood. Scarring may be to blame. The good news is that medical treatments can help someone overcome infertility, and pregnancy itself can relieve some symptoms of endometriosis. A laparoscopic surgery can improve the pregnancy rate of women who have moderate to severe endometriosis. In vitro fertilization is an option if infertility persists.

WHO IS AT RISK?

The condition is more common in women who: