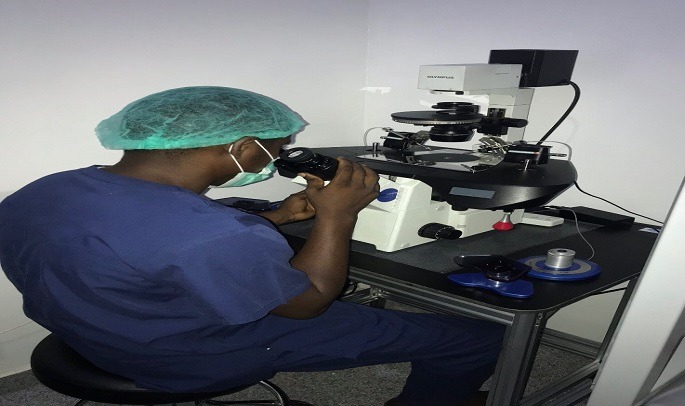 ICSI is a form of assisted reproductive technology usually recommended when there is a sperm problem.

HOW DOES ICSI WORK?
Intracytoplasmic sperm injection is an in vitro fertilization procedure in which a single sperm cell is injected directly into the cytoplasm of an egg.

During the process of natural conception, a large number of sperm surrounds the egg and many attach to the outside, but only one sperm penetrates and fertilizes each egg.

In standard IVF, embryologists mimic natural conception by adding a large number of sperm to the dish containing the egg.

However, in ICSI the embryologist selects sperm based on their activity and appearance. A single sperm is then injected into each mature egg using specialised equipment that allows the egg and sperm fertilise and becomes a zygote.

HOW IS ICSI PERFORMED?

Barring the method of fertilisation that involves direct injection of the sperm cell to the egg, the process is the same as the conventional IVF.

From hormonal stimulation to egg recovery, producing the sperm sample and embryo replacement.

On the day the procedure is performed, the embryologist carefully removes the outer cells from each egg, using an enzyme normally produced by sperm. This enables the embryologist to see the inside of the egg using a high powered microscope and also assess if the egg is ‘mature’. He then picks out individual live sperm, of normal appearance and injects one into each egg, using a special glass needle.

WHY WOULD A COUPLE REQUIRE ICSI?

ICSI is usually of no benefit to those without a sperm problem but when it has been ascertained that there is a sperm problem or the sperm to be used was surgically retrieved then ICSI is recommended.

In our centre, we also advise couples to undergo ICSI if they have had standard IVF and there was a very low fertilisation rate, or no fertilisation at all.  This occurs occasionally, even if there is no obvious sperm problem. If this happens, ICSI could be a likely alternative.